The World in 24 square miles

Humans have no limits for imagination. As we discussed before the Palm Jumeria, now Dubai is working on another enormous project. This World Islands project that they are working on is 9 by 7 kilometer (5.6x 4.3 miles). The World Islands is artificial small islands constructed in the shape of a world map, located 2.5 miles (4 km) off the coast of Dubai, United Arab Emirates. The World islands are composed mainly of sand dredged from Dubai’s shallow coastal waters.

The project is constructed from 320 million cubic meters of sand and 32 million tons of rock. The entire development is surrounded by an oval-shaped breakwater island. Approximately, 232 km (144 mi) of shoreline will be created. The project was revealed in May 2003. By January 2008, 60% of the islands were sold. On 10 January 2008 the final stone on the breakwater was laid. Still, only 2 of the 300 islands are fully developed. 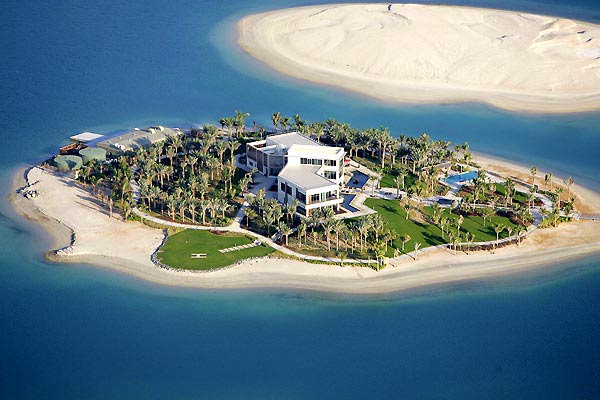