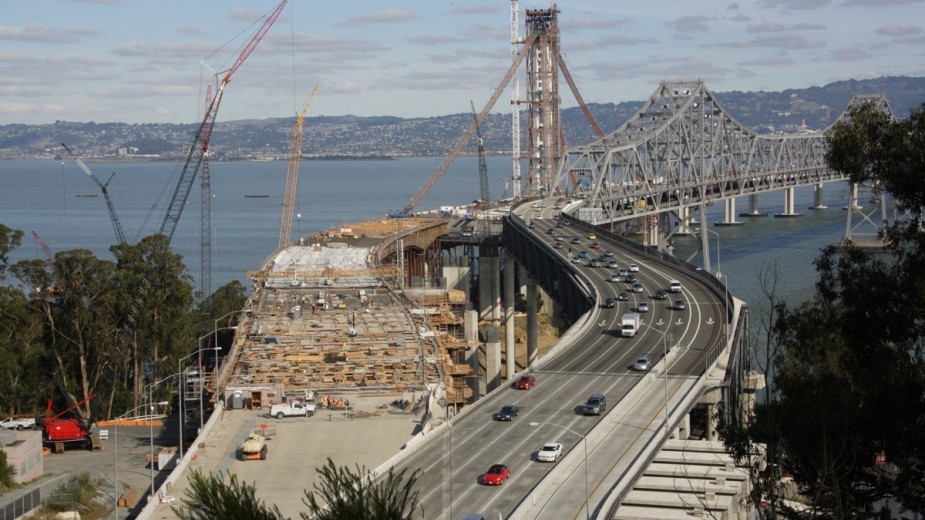 Caltrans, the name for the California Department of Transportation, has called for the retraction of a recent Sacramento Bee investigative piece that claims the new San Francisco-Oakland Bay Bridge is less safe than officials have led the public to believe. The article takes a look at Kiewit-FCI-Manson, a joint venture company which was responsible for the building of the foundation. According to the report, Caltrans employees failed to test a number of segments of foundational concrete poured by Kiewit that have now shown abnormalities in Sonic-wave examinations.

A 19-foot section in one of the “suspect” piles, known as Pile 3, fell under the category of containing “very-poor and defective” concrete. This problem was allegedly undisclosed by the builder of the foundation, and subsequently avoided detection until it was too late to easily fix. Furthermore, the report claims that Caltrans knowingly ignored the problems presented in the Sonic-wave tests, and did nothing to retest or fix the problem. The story goes on to speculate that overuse of a concrete additive meant to make concrete stronger can also make the concrete substantially weaker when overused.

The article often calls on anonymous “independent experts” in order to validate its numerous investigative claims.

The problems the article sheds light on are certainly eye-brow raising, however, Caltrans has released a lengthy response to nearly every aspect of the Bee article, claiming it to be “completely inaccurate” and a “breach of the public’s trust.” Caltrans claims to have sent “voluminous” evidence that contradicted the conclusions of the investigative report. First and foremost, the press release published by Caltrans states that the story’s claim that Caltrans was prevented from doing further examination or repair on Pile 3 was “false” and “incorrectly represents the role and requirements for CSL and is contradicted by public record.” The department’s response claims there was substantial further examination of Pile 3 and it was ensured to meet certain strength requirements.

There’s no telling how this drama will unfold, as public workers, especially in California, a state plagued by budget deficits, continue to vie for the public’s wavering trust in order to prevent vengeance on public unions or department budget cuts by angry taxpayers and legislators. It’s a story we plan to follow over the coming weeks here at Structural News